The Toad in the Hole Pub is moving up the street

Okay, it's only moving up the street to a different location which doesn't seem like such a big deal

It looks like an old English pub and it's split between two levels. There are big, worn-out booths and beaten wooden chairs and what I've always suspected is a church pew along the front window that faces the street.

It's dingy and yellow, with green walls covered in wood panelling that looks dusty and sweaty at the same time; the result of hundreds (maybe thousands) of handprints and sweat and cigarette smoke from back when they allowed smoking indoors.

I love this dumpy old pub.

I've been coming here since I was 18, and had decided well before my eighteenth birthday that one of the first things I would do "when I was old enough" was start hanging out at The Toad.

I'd walk by when I was underage and stare at the people with tattoos, drinking hard alcohol out of small glass cups, smoking, hanging around a pub situated on top of a venue called The Cavern, and a bunch of tattoo parlours.

It was exactly the opposite of the boring, cookie-cutter neighbourhood I'd grown up in and I became obsessed with it.

When I finally moved downtown and was living in The Roslyn up the street I'd walk home from work, have a shower, and park myself at The Toad on one of the long wooden benches that overlook Osborne Street with a beer in my hand.

I hated sitting alone. It made me feel anxious, and I worried that the people around me would judge me for sitting by myself. But, inevitably, someone I knew would walk or skateboard by and stop to have a drink on the patio with me.

Because that's what happens when you sit outside at The Toad.

And if nobody showed up and you wound up having a beer alone?

That was okay too, because nobody gave a shit.

(In reality, nobody anywhere cares.
I know this now, but didn't then.)

Back then they only had one bathroom for women, and during the summer or late on a Friday or Saturday night you might as well have given up and peed outside instead of waiting in the line to use the single-stall women's bathroom

(or do what I did and go for a slice at Lil Pizza Heaven next door and use their bathroom while you wait.)

I've spent hours here in various states of inebriation. Last spring John and I hung out here after we went for a fancy anniversary dinner at Sous Sol up the street and met a man who ran a dog grooming business

(or was selling it, I forget)

and a magician who did tricks for us for free.

I haven't lived in The Village for the better part of a decade and I don't go to The Toad as often as I used to. It's just not as close as The Good Will or Handsome Daughter or even The Grove.

So I don't go here much anymore. But I'm trying to lately.

I want to soak up as much of this dingy, familiar, comforting

atmosphere before it's gone.

Which, honestly, is never something I'd thought I'd have to say about somewhere like The Toad.

But I'm here now, drinking a shitty beer that cost $3.25 for old time's sake. Basking under the greasy light of the Victorian-style lamplight fixtures hanging over me and hammering away at my laptop while sitting on that big church pew seat I talked about above.

The only other patron is an old dude with a huge white beard who hasn't taken his jacket off and is drumming along to the El Michels Affair blasting on the speakers at an alarming pace.

It's 3:37 PM on a Tuesday and the bartenders are doing shots with their friends.

I'm going to miss this place when it's moved and the space gets subdivided into a bunch of smaller units and and leased to franchises like Jugo Juices and gyms.

Nothing stays the same, kids.

So cheers to The Toad in The Hole Pub, a Winnipeg staple for so many

and to the memories made

(and sometimes not remembered)

Sometimes Winnipeg gets me down

about the importance of free, welcoming public spaces

how our downtown library should be a beacon for everyone

celebrating everyone who comes there

to learn or relax or just

and I feel so lucky to be from a city that

inspires such beauty in the face of ugliness. 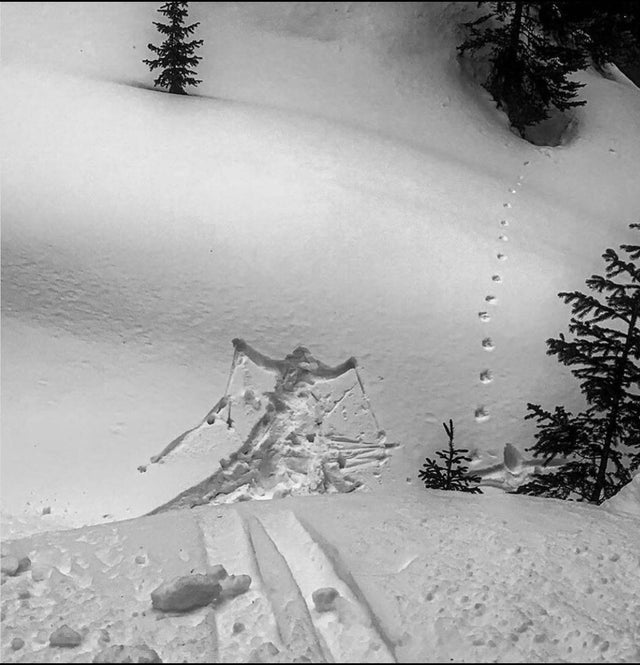 I'm sharing it here because mentioning it in public means it's real and makes me a lot more likely to actually stick with writing it.

I haven't written any fiction in a looooooooong time and writing those few words and watching them appear on the screen was terrifying.

"Mark's headache was getting worse."

I don't even think I like it but it's what's there and it's better than nothing.

There's more, but not much, and I re-wrote the intro sentence seven or eight times because I wasn't sure if I wanted the main character's name to be Mark

even though I over-prepared for this exercise by putting together a persona for Mark, whose full name is Marshall "Mark" Campbell, that included his weight (240lbs) age (31) height (6'1) education (dropped out of high school) and some other details that are relevant to the story

and to be honest just the act of talking about a character I've created is making me second-guess all the details I made up about him.

(Creative writing make me squirrelly if I haven't done it in a while.)

I used to write stories a lot more often. I got into trouble for writing in class at school. I stayed up late writing very, very bad fanfiction when I was a teenager. I wrote and wrote and wrote for university because that's what you do when you're getting a degree in Rhetoric, Writing & Communications.

creating stories out of nothing.

It's easy to write about my opinions or write about what I know or put together documentation or social media content. Psssssssh.

I can basically do that in my sleep at this point.

But creating interesting characters and a plot that keeps the reader entertained and dialogue that isn't horrible and ohgodohgodohgod all the other details and elements I know need to go into writing a decent short story?

It's intimidating. But yr girl needs to start somewhere.

It still feels weird to say. Especially out loud.

Though I do find the idea of being John's "wife" pretty satisfying, mostly because I'm obsessed with that John Mulaney bit where he yells

and secretly I kinda wish I was the one with a wife instead of a husband, because

just doesn't have the same oomph to it.

But that's okay, because being John's wife comes with a lot of other good stuff. Like getting to hang out all the time and know all his weird idiosyncrasies and massage his back when it gets sore and have unusual amounts of fun doing mundane things like grocery shopping or waiting for a flight.

I always hoped I'd marry my best friend, and here we are all these years later.

Would ya look at that.

We got married on a dock in front of the setting sun and it was beautiful and magical and silly and weird.

and silly and weird because we're silly, weird people with a made-up language and a pretend history as Bears in Space

"The Fresh Prince and Princess of Belize"

which is exactly what we felt like that day. 33 people took a chance on our weird stories and descended upon the tiny island of Caye Caulker, BZ and spent several days drinking in the ocean and eating way too much seafood with us.

I even killed a lobster and then ate it! It was weird to kill my own food, but when the guy killing the lobster at the very sketchy wooden table next to the restaurant we were eating at asked "who wants to try?" and John jumped up and pointed at me and said

obviously I had to step up and take a life.

I've never travelled with friends or family before and it was a nice treat to walk down Front St and see Eddie and Kim sitting on their balcony, surveying the landscape and offering shots of Patrón to passers-by

or a million other memories that I hope I can hold onto with as much detail as possible.

Because I know that the next time we visit Caye Caulker it won't be the same. Our little village of people won't be there, walking with a beer from the corner store or hanging out at the Sip 'n Dip or eating at Fran's for the umpteenth time. This trip, and our wedding, was a once-in-a-lifetime experience.

But at least I can look forward to knowing that the next time the lobster dude asks "who wants to try killing a lobster?" John will jump up and say

* Photo via Les Klassen. You'd better belize that coconut had rum in it.