In the first post we discussed how Twitter works and became familiar with the terminology behind what we'll be discussing in this post, so let's get into the real nitty-gritty of starting to build a presence on a social network: 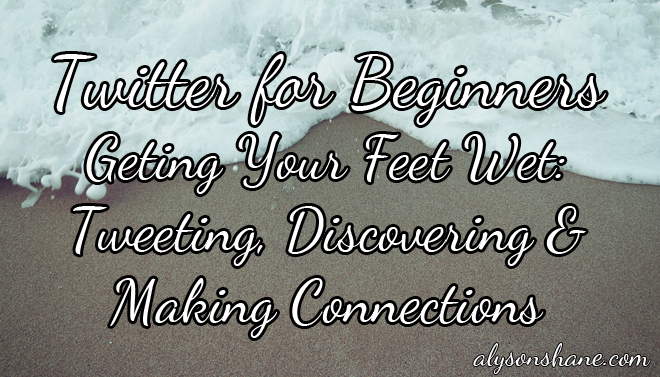 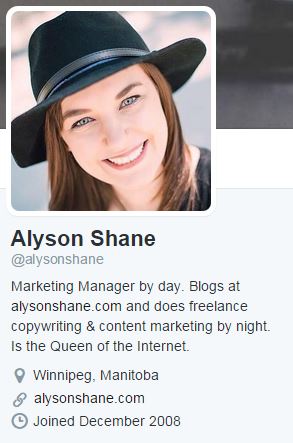 Most people join Twitter for personal reasons: to connect with others, promote a business, make friends, etc. Some people join up and create parody accounts, which can revolve around themes or celebrities, but for most of us (and for the purpose of this series) let's just assume that you've signed up to Twitter because you're trying to connect with others and promote your business.

With these goals in mind, your profile should include a recent photo of you, as well as a short bio with links to any work or webpages that you want people to associate with your account.

It's clear who I am, what I do, and gives potential followers an idea as to what they can expect if they follow me. I've also got a link to my website, because it's one of the places that I want my followers to visit. Try to avoid using too many @mentions or links in your Twitter bio, because it can look messy and disorganized. Try to be direct and use bit.ly to shorten your links if necessary.

I've described in past posts as being at a party: there are lots of people around, everyone talking in smaller groups about topics that interest them. Like a big party, Twitter can see really daunting when you first show up: who do you talk to? How do you find like-minded people to interact with? What do you say?

Like a party, the easiest way to start talking to new people is to start with the people that you know: follow friends, colleagues, and people whose articles or posts you read online. Once you follow some people you know or are familiar with, take some time to go through their Follower and Following lists and check out the bios of the people they connect with (this is why bios are important).


Following someone doesn't automatically mean that they'll follow you back, but if people keep seeing you pop up in their feed as part of other conversations, or if you keep initiating conversations and participating with the same groups of people, it's likely that they'll start to follow you. The more interesting the content you share, the higher the likelihood that people will want to subscribe to your feed.

Once you've started following some people Twitter will be able to start sorting out your interests based on the people you've chosen, and will start making suggestions based on shared connections or interests. On Twitter's current desktop layout you can find this suggestion bar on the top right corner:

Remember: just because someone follows you doesn't mean that you have to follow them back if you don't want to. Twitter is about curating the kinds of conversations and information that you want to see, and just like how you can leave a conversation if it starts to get boring or uninteresting at a party, Twitter gives you the same option.

Try and be mindful of your Following to Follower ratio: this sounds frivolous, but if you're following a high number of people and have very few followers it looks desperate. When you're starting out, try to keep those numbers about even, but as you gain more followers try to keep your 'Following' number less than your 'Followers.' Public perception can go a long way online.

Now that you've spent some time building a list of people to follow, it's time to start participating! While it might seem easier to start sending off 140-character thoughts or observations, the key to growing your Twitter community is engaging with others, especially at the start.

The best way to do this is to hit 'reply' to a Tweet that catches your eye. Maybe a friend shared a cool article, or made an observation you agree with. It's as easy as saying "yeah, that article about goats was really interesting!" or "I also enjoyed the fish tacos at that truck stand on Broadway" and you're off to the races.

If people on your feed are participating in a larger conversation their tweets will be connected by a thin line, like this: 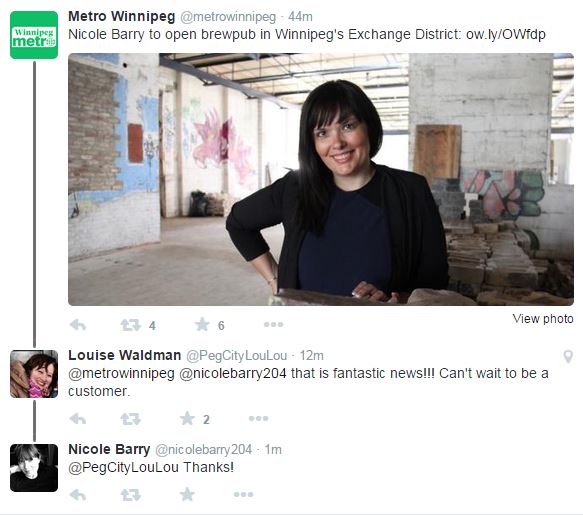 If there are more than three messages in a conversation, Twitter will display a "view conversation" button, which will allow you to see what's been said previously, to give you some context of what's been said. In my experience, this is the thing that trips people up the most: they don't feel comfortable "entering" a conversation and adding their two cents.

Just start talking to people. If you see a conversation that you think is interesting, or is taking place between two people that you want to talk to, just @mention them and say your piece! Twitter is generally a pretty friendly place and nobody is going to judge you, think poorly of you, or (in most cases) be mean to you for simply joining a conversation.

Engaging with a variety of people increases your exposure. The people you're tweeting to might reply to you, which means your twitter handle will show up in their reply, or ReTweet (RT) or Quote you, which will share whatever you've just said with their network of followers. When other people see people they follow interacting with someone, they're more likely to start to engage with that person, too.

The key to tweeting is consistency: you need to be an active member in order for people to see your twitter handle on a regular enough basis that they want to start connecting with you. Try to tweet several times a day, at least, and be as varied with your content as possible: share news articles, photos, quotes, as well as reply and comment on things that others have shared.

Here are a few daily Twitter goals to help you grow:

'Muting' someone on Twitter means that a specific Twitter user's tweets won't show up in your timeline. The muted user can still see your content, favourite it, and send you mentions or @replies (though you won't receive a "push" notification when they do.) You can mute someone without unfollowing them and without notifying them, which can go a long way if a colleague isn't that interesting or you don't want to offend a friend by unsubscribing to their slew of hockey-related tweets.

Blocking someone takes things to the next level. If someone starts harassing you, bothering you, or you simply don't want to interact with them anymore, you have the option to block that account from seeing your Tweets, and you from seeing theirs.

If you block someone they can visit your profile page and see that they've been blocked, whereas if you mute someone they will assume that it's business as usual because nothing will appear to have changed on their end. Try to be mindful of who you block or mute, but at the same time don't put up with any abuse - if you feel like someone is harassing you, or posting inappropriate content, report them to Twitter and block them immediately.

If you're using Twitter on your desktop you might have noticed a tab to the left of your feed called 'Trends.' This can be a really powerful tool for finding share-able content and keeping on top of conversations which are relevant to your interests.

By clicking on the "Change" button inside the Trends box you can begin tailoring what you see to your location (in my case it's Winnipeg) or larger, more popular trends on across Twitter's communities. By following and tweeting about popular topics within your network or niche you increase the likelihood that someone else with the same interests will see it and add you to their network.

Understanding what people are talking about you can make sure that you're able to add your voice to the conversation and be heard; you'll know which hashtags to use and which topics they refer to, so your tweets can be consistent and clear.

You're started getting your feet wet with Twitter; you're tweeting a few times a day, following new people, and starting to become more comfortable with a 140 character limit.

How do you define your 'voice' on Twitter?
What the heck is a 'Twitter Chat"?
Should you use third-party applications? Which ones?
Is there a benefit to using Lists?


and more, which will be covered in the final instalment of my Twitter for Beginners series: 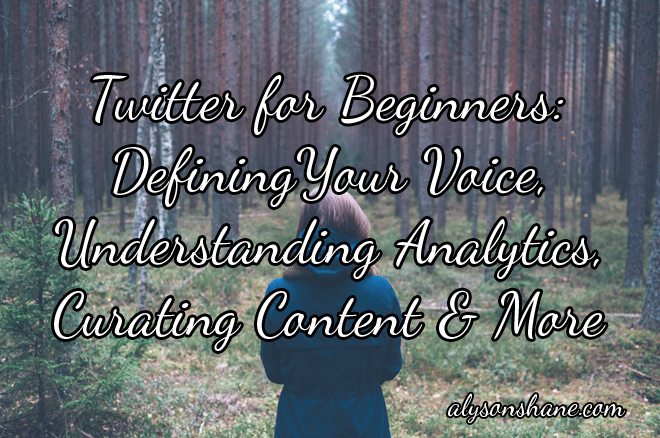 This post is part of the three part series on Twitter for Beginners. Make sure to read part one, part three, and the extra credit as well! The entire series can be found here.