I've always liked being in charge 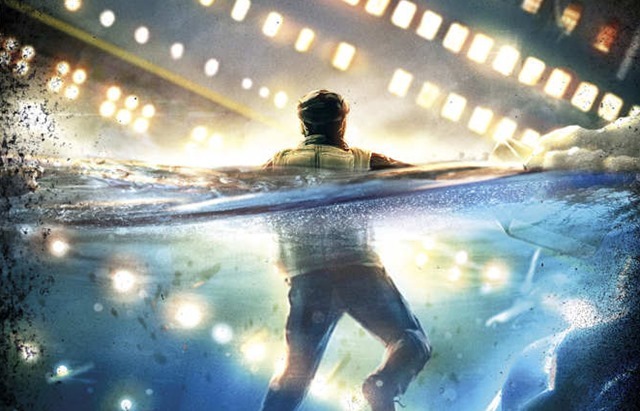 When I was a kid one of my summertime jobs was to wrangle all the kids that my mom babysat and walk them to the end of the street so we could all hang out at the playground for a few hours while the little kids had a nap.

I liked that job because I got to be in charge. Because this was pre-internet times I had a fancy watch on a leather strap that gave me the worst tan lines because I only ever took it off to go swimming.

I liked being the one in charge, even though it stressed me out sometimes when a kid would wander away from the playground toward the road or someone got hurt or some kids got into a dumb playground fight.

Even though kids can be little shits and hate listening to anyone generally everything worked out just fine. A few bumps and scrapes, a few tears over unfair games of Tag and Grounders

(which is a game where everyone tries to stay off the ground while also avoiding whoever is 'It' who's walking around with their eyes closed. Super safe.)

but generally nothing a band-aid and a little talking-to couldn't resolve.

Adults have to hold down jobs and pay taxes and watch out for yr bad knee or yr bad back and drive to the store and save for the future and pay student debt and this, that, and the other thing.

Life comes at you full-tilt and let me tell you it doesn't stop anytime soon, friend.

Sometimes I feel like being an adult is like steering a ship through choppy, unsafe waters. You're navigating the best you can but who knows if there's a big swell coming or a rainstorm or if that damn iceberg is actually way bigger on the underside than you thought it was and now your whole ship is sinking into the ocean and now over 1,500 people have died.

Okay, maybe not quite that bad.

But my point is that most of the adults I talk to feel like we're just trying to steer our boats around whatever unforeseen calamity comes next. Whatever is hidden beneath the waves on a night that looks calm.

The same summer that I was in charge of the kids at the playground was also around the same time that the movie Titanic came out, and my brothers became obsessed with it. They just about memorized the 'Inside The Titanic' book at the library and would list off facts at the dinner table to the point where I would tell them to shut up about it, already.

Did you know that the Titanic was originally was designed to carry 64 lifeboats, but they were so worried about appearances and the deck looking cluttered that they only brought 20?

Did you know that the Titanic's lookout wasn't equipped with binoculars to see icebergs in time to avoid hitting the iceberg?

Did you know that the Titanic held no passenger lifeboat drills to prepare passengers for an emergency evacuation?

Did you know that the final SOS position the Titanic sent out was incorrect?

As a kid all these facts annoyed me because it seemed as though a bunch of stupid mistakes and oversight and hubris led to the sinking of an "unsinkable" ship and a huge and tragic loss of life.

"Why didn't they plan better?" I'd think "why didn't anyone speak up, or think critically, or assess all the potential ways this could have gone wrong so that it didn't happen?"

Which goes to show you how little kids understand about how the world works.