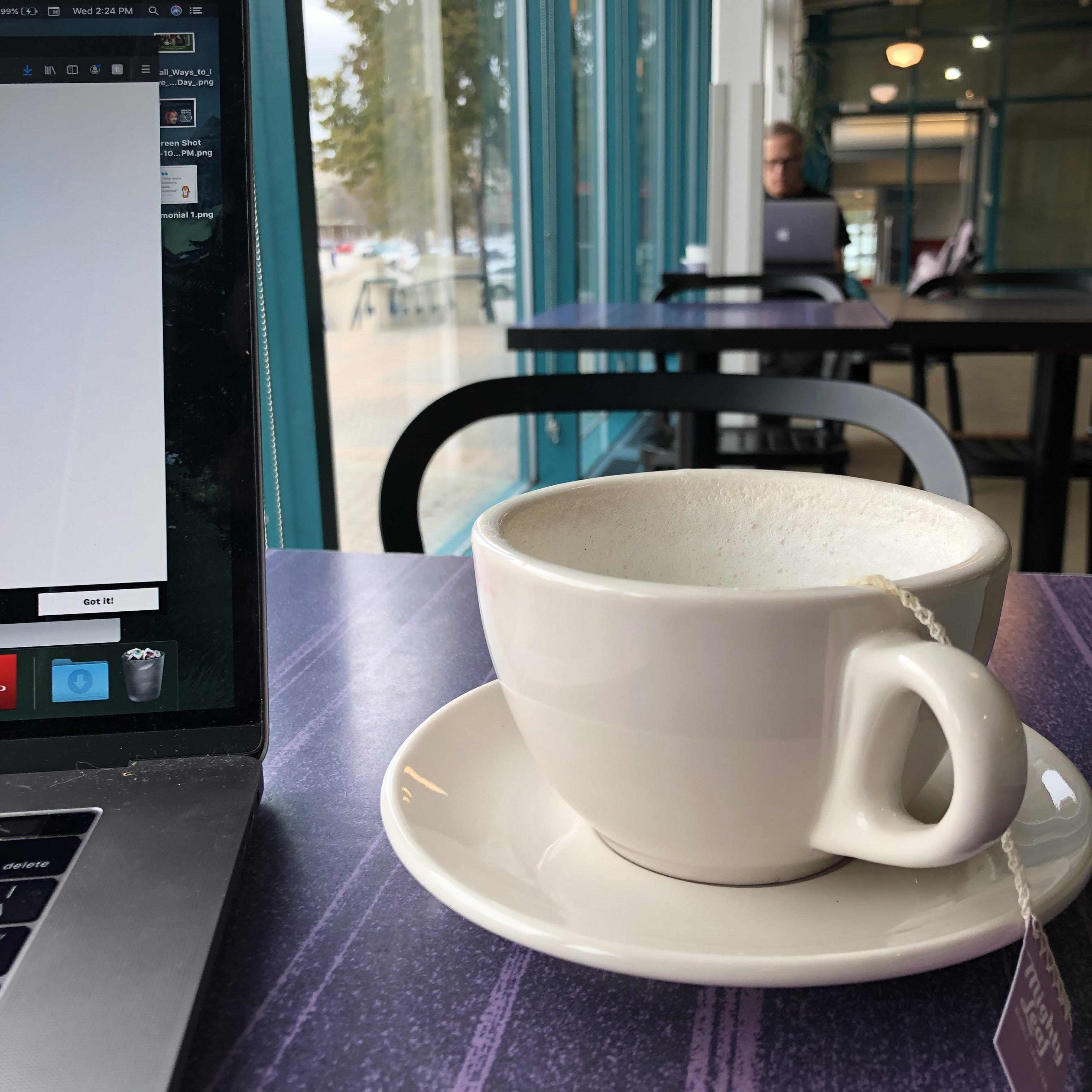 I'm sitting at Espresso Junction in The Johnston Terminal, at The Forks. I've been coming to this coffee shop since I was 18, when my boyfriend Peter took me here on a date.

I'd never had a London Fog before, and he ordered one for me and told me "they're the best in the city" and I still agree.

After that I started coming here whenever I had time in-between jobs, or when I had a long wait to catch the 18 bus home to the suburbs. I've started, finished, and cried over lots of books here.

Boys, too, back in the days when relationships were volatile and immature.

or rather, started, here

but enough time has passed that the wound I used to feel has become softer and less raw, to the point where it almost feels like a scar on someone else's body.

Memories that belong to a person who feels like a dream.

Coming here feels like looking through a yearbook, back through years of coffees and London Fogs, layered and blended over the years.

Winnipeg, through the virtue of being a Big Small Town, is full of these spaces.

Places you visited when you were a different version of yourself, that come to mean mean complicated and layered things just by the virtue of existing or staying in business long enough.

Places that look, sound, and smell the same; that are familiar in a way that almost feels like it's in your bones,

because maybe in some small way it is.

Applied for another business number today

so now I officially own two businesses.

Or will soon, I guess.

We're building a company that does a really cool, unique thing and people are excited about it. Last week during a meeting with a beta tester they told me

"what you're building is wildly important"

which was a bit overwhelming but also...

I agree. It is an important idea.

I like solving problems (it's what I like about business) and lately I've been spending a lot of time working on a tool that solves a very specific problem in a really creative and useful way.

Best of all: it's efficient.

What I love more is working on something that makes people excited, and happy. Running a marketing agency is great, but solves different kinds of problem-solving than a piece of software and even though it makes me feel like I'm juggling a dozen balls at once

How did I get so lucky 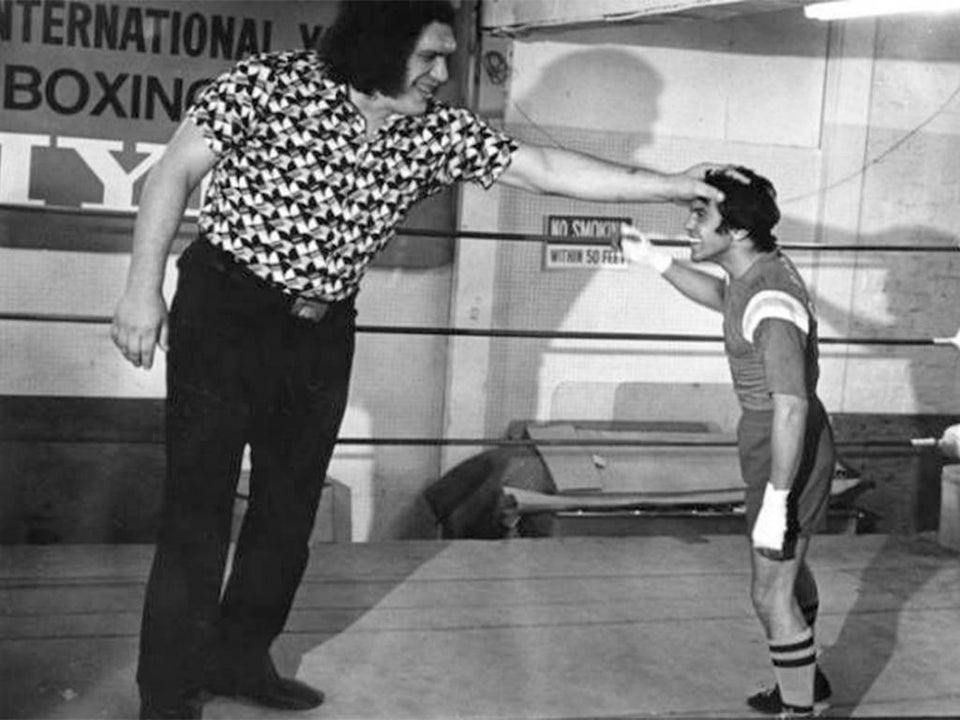 I woke up to my cat, who I love, stepping on my face and my partner snoozing beside me.

We rent a lovely place in a great neighbourhood.

We have some debt, but we have savings.

We don't own a car, but we live close to lots of major bus routes and can walk or bike to pretty much anywhere except St Vital Mall or IKEA pretty easily.

John and I spend our days working, making food together, puttering around the house on little projects, and laughing a lot.

I have good, kind friends who care about me and lift me up when I need it, and who set me straight when I let my anxiety to get the better of me.

I still get anxious, but not as much as I used to.

It's been years since I talked to my parents and even though I didn't ask for this outcome, I like it this way.

I see my brothers from time to time. It still feels a bit weird, and being around them feels familiar in a way I guess only siblings understand.

I don't see my Grandma as often as I'd like, but we call when we can.

Life is simple; no drama.

I live in a city that (while imperfect) is home to so many incredible people, places, food options, events and music.

In a few months I'll be able to take the bus to The Forks, have a couple of pints of local craft beer while I work, and skate home along our frozen river all the way to my house.

Winter can suck, but Winnipeggers really do make the most out of it.

I'm thankful for the people in our city who continue to push for interesting, cool, and fun ways to celebrate unique the place we live.

John and I both own our own companies, and we've started a new company that one of our users called

and I really think it has the potential to go somewhere.

Most days I wake up excited to get to my desk and get my workday started. I've never had a job that makes me feel this way before.

I never expected to feel this way.

About my work. About my life. About anything.

To be honest I'm not really sure how I got here. I can go back and trace the steps. Note every big decision, every scary new risk taken but...

what matters is that I got myself here, somehow.

Sitting in my living room, snuggling my cats, watching the snow fall.

In a little bit John will get up and make some coffee and we'll putter around working on HeyAlfa, or our companies, or our Halloween costumes, or whatever we feel like.

It's Thanksgiving Day here in Canada

and I sure do have a lot to be thankful for.

The Third Color at the Prairie Theatre Exchange 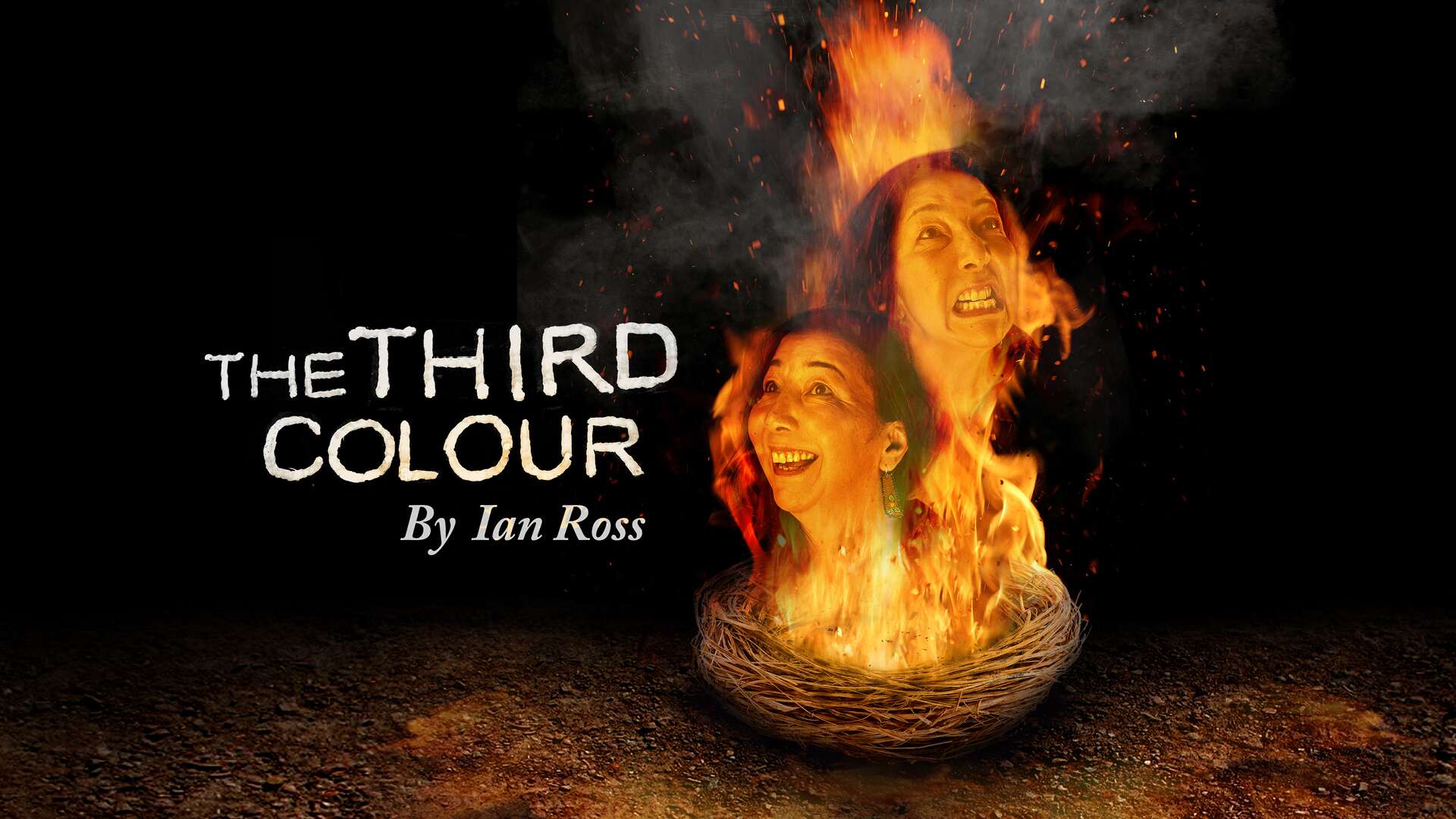 Image via the Prairie Theatre Exchange.

We worked in the same building, and when we were introduced our colleague said something to the effect of:

"This is Ian. He's kind of a big deal" and the way he laughed it off and joked about it told me that

1. He was probably kind of a big deal*

2. We'd probably get along

I was in a really bad place at the time, and I leaned on Ian a lot to talk about what I was dealing with, and how frustrated and overwhelmed I often felt about the prospects of my future.

Ian, through the simple act of listening and asking questions (which no "adult" in my life had really done at that point) helped me work through my feelings as I tried to make sense of the world around me.

I was confused. I didn't understand how I'd gotten myself into the mess I found myself in, and I felt at a loss as to the best way forward.

So it was funny, and ironic in a way, that I found myself confronted with those same questions - "how did we get here?" and "what do we do now?" - through the lens of his most recent play The Third Color.

The play focuses on two spirits who have taken the shapes of Indigenous women: Head Full of Lice, played by Kathleen MacLean, and Agatu, played by Tracey Nepinak.

Through dialogue that manages to somehow be sharp, resonant, and often hilarious at the same time, the spirits explore Canada's history from pre-settlers to the present day.

Over and over again, the spirits butt heads (and, in some cases, got into physical skirmishes) over whether or not helping the settlers was, in fact, the right thing to do.

Agatu, who takes the form of an elderly woman, pities the settlers who are sick and need their help. She insists that, even if the outcome isn't what they expect, that it's the "right" thing to do.

Head Full of Lice, on the other hand, is furious. She sees the generational hurt and trauma inflicted upon Indigenous peoples and repeatedly states that she wants to "burn it all down," even going so far as to take out a Canadian flag and threaten to burn it out of rage.

"Where is the third color?" they both ask, looking at the Canadian flag.

Our Canadian flag is red and white. Red is symbolic of England and white of France... but where are the Indigenous peoples in our flag?

Through their dialogue, Head Full of Lice and Agatu represent opposing viewpoints in terms of reconciliation - should Indigenous peoples accept that "this is what we have" and try to move forward, or should they burn it all down and start again from scratch?

Which, I think, is what makes the play such an important contribution to the discussion surrounding the reconciliation attempts happening in Canada right now.

Through its comedy and drama and fierce bouts of emotion, The Third Color represents an important perspective that is timely, relevant, and challenging, while also leaving space for the audience to sit with their feelings, mixed and uncomfortable though they may be.

Art should challenge us to push the limits of our comfort zones, and that's exactly what Agatu and Head Full of Lice do throughout the play.

It made me think of the famous Duke Ellington quote that states: Art should be dangerous.

The Third Color is playing at the Prairie Theatre Exchange from October 2 - 20. I highly recommend checking it out.

**Big thanks to the PTE for the free tickets, and the chance to see and write about this important piece of art.**