and she's sniffling and coughing and keeps loudly licking her lips

because who just sits across from someone they don't know?

I mean, without even asking?

do we not have any social standards these days?

do we not have any respect for personal boundaries? for space?

it gets my goat that this person decided -(without asking!)- to sit across from me and obstruct my beautiful view with her sniffly face and greasy hair and loud lip-licking

and I'd say something

but we're in a library, and anything I say will be heard far and wide and the last thing I want these people around me to think is I'm some uncouth person who would be so vain as to assume that this is my table and my view

because even though that's true, it isn't polite to say it

and picks at scabs on her face

and wonder how someone who is studying physics

(I can see her book)

can be so stupid when it comes to social norms.

Post-script: she blew hew nose onto her hand and on table and didn't clean it up.

I couldn't handle it. I moved.
Tags: Uncategorized
Tweet 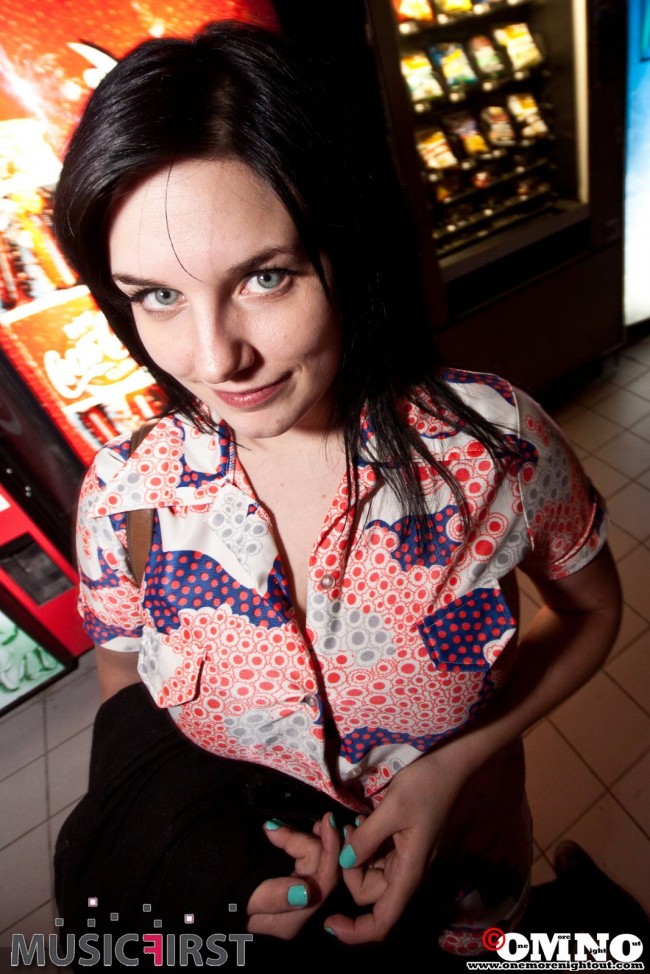 did you know that Café Dario in the West End has a five-course meal for 30$? it only get expensive when you start ordering booze but for a meal that includes stuff like alligator, escargot, lamb shanks and more I'd say it was worth what we paid in the end.

which was nothing for me since Tyrone picked up the tab for he & I (love you!).

Saturday morning post-blog we hit up The Don and then to The Forks where I spent too much time Instagraming and bought way too much Spanish goat cheese with rosemary for the wine & cheese & silly outfit party.

which we later attended and drank too much wine and cheese and I wore my onesie (thanks for voting!) which was a great success because who doesn't like a cute tipsy chick in a one piece outfit.

though we learned the hard way that starting to drink wine and eat cheese at 4pm will put you (me) into a bit of a sleepytime food coma, so eventually we headed out to Nick Thayer at The Zoo

which is there that fine photo of me on the right comes from, taken by my upber-taented pal, Shawn Fillion

we don't do club shows much these days but it was a good chance to get out, dance, see some peeps we hadn't seen in a while, and wake me up from my cheese stupor.

I'd like to say episodes of X-Files made it better, but they only provided a weird soundtrack to the dreams I had since I've been sleeping almost all day.

after spending an evening hanging with great people, eating great food and having great conversations last night I woke up at 8:30am feeling great and spent the next few hours lying in bed with Tyrone, just hanging out. he's playing Professor Layton and I read on my iPad and we drink coffee and chat and it's really becoming important to me to get at least one morning a week in where we can just exist together before we have to go face the world.

we went to The Forks today and it was jam-packed, there's an art festival and auction going on so one of the main atriums was filled with people painting, sketching, and basically creating all kinds of wonderful unique art.

we stopped at Tall Grass Prairie and grabbed some bread, bannock and at Fenton's for some really fancy cheese for the wine, cheese & silly outfit party with @cenquist, @dponticelli and more tonight.

we've both been hard at work getting stuff prepped for MEME this year it's crazy. I've been doing a ton of research about new ways to get people involved and excited about the festival and Tyrone has been building & planning nonstop for the visuals (it's going to be insane, I promise) and it's really great to be so inspired lately.

saw this vid today that @JFratthe posted earlier featuring Will Smith which basically just reaffirms how I've been thinking lately. usually I think celebs inspiring you is a bit silly (since most of them suck) but the fresh prince has always seemed to have his head on straight.

gotta go pack the onesie for the party!

okay guys, I need your help

@cenquist is having a wine & cheese & horrible shirt/pants party tomorrow and due to the staellarness of my wardrobe I don't know if I have anything that fits the bill clothes-wise.

should I rawk my onesie? I mean, it's both a shirt and pants

help a sista out! vote!

just a lil somethin' somethin' to get you through till this afternoon.

Christopher Walken reads Where The Wild Things Are

but it's probably because he's Christopher Walken and I'm really excited about that because Mad Men is among my top-favourite shows to watch and last year didn't feel the same without it (also, where did last year go? wow) and new ads have been put up that are sparking controversy all over the interwebz.

the reason behind the freak-out is that the poster seems to resemble the 9/11 image of the falling man and even though yes the man in the Mad Men poster is falling people seem to be forgetting how the opening credits to the show go and overlooking the obvious homage to Saul Bass' work on posters like Vertigo, which also fit the with time frame of the show.

and let's not trivialize 9/11 for one second, it was a terrible tragedy and we should never forget it

but c'mon guys, this is reaching a bit too far

if we're going to get upset about the poster, why not get upset because of all the other people who jump to their deaths every year? did you know that in Hong Kong over 50% of suicides are by defenestration? why not get upset over that instead

at the risk of sounding callous don't we have bigger things to worry about these days than whether or not a poster that, if you stop for a second and don't go with your immediate "omg! I'm offended" reaction, you'll realize fits in with the theme and context of the show

and besides, nothing happens if you get offended anyway, so just chill out and enjoy the show when it comes back in March
(omgomgomg)
Tags: 60s Advertising Mad-men Offended Posters Saul-bass Uncategorized Vertigo
Tweet

but when I do, they're for @stefspeaks
Tags: Rage-comics Tweeps Uncategorized
Tweet

is basically what I am doing today

did I tell you smoky tiger rocked our socks the other night?

actually to be correct they rocked the collective socks of everyone present at The Standard as they, bathed beneath glaring red/orange light covering nothing but Nirvana and The Doors songs with some banter in between.

and guys they rocked it

and that's close enough for me.