we all know this.

Since I got it as a Christmas gift I've been allowing Fallout: New Vegas to eat up a good chunk of my free time -I've beaten it once and am replaying it again and taking a totally new approach and storyline (one of the joys of modern gaming IMO). 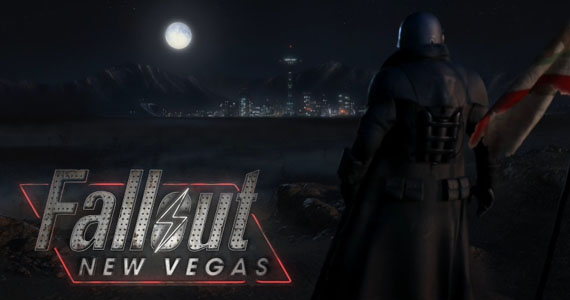 Since Ty and I live together he's been exposed to a lot of the game over the past while, in addition to many omgomgomgomg moments as I played through the game the first time and it only makes sense that after dealing with my obsession for so long he had to find out what all my giddy, fangirlish excitement was about.

As a result we now have to set schedules for who gets to use the Xbox 360, but that's another story entirely.

Another side effect is that not only do we have actual in-depth conversations about the plot of the game, but that we (Ty) has developed a slight obsession with post-apocalyptia and dystopian futures.

Which is how we wound up watching this last night:

I have to say that The Road is one of the most intense and wholly depressing film experiences I've ever had. The story follows an unnamed father and son as they travel south to the ocean in a world  destroyed by some natural

disaster (my bet is on asteroids, but who knows) and essentially their struggle survive in a world that is, literally, dying.

(honestly just looking at the photo to the right freaks me out -eugh!)

though his acting prowess definitely deserves some cred here. I always forget that he's not just a handsome gentleman, but also a first-rate actor.

Anyway, creepy Christian Bale aside the film 'The Road' is based on a book (of course) which I am ordering off Amazon as we speak because something so sublimely off-putting on film must be even better in book form, and what better light summer reading that a book about the end of the world and humanity as we know it?


But apparently not all dystopian films are depressing and make me want to jump off a cliff à la 28 Days Later and/or star Charlton Heston doing this: 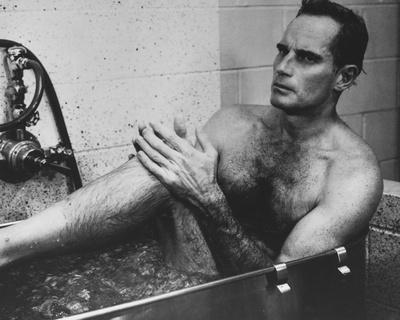 Uh... what. Anyway case in point is Six String Samurai, an apparently ridiculous dystopian comedy which we will be watching tonight: