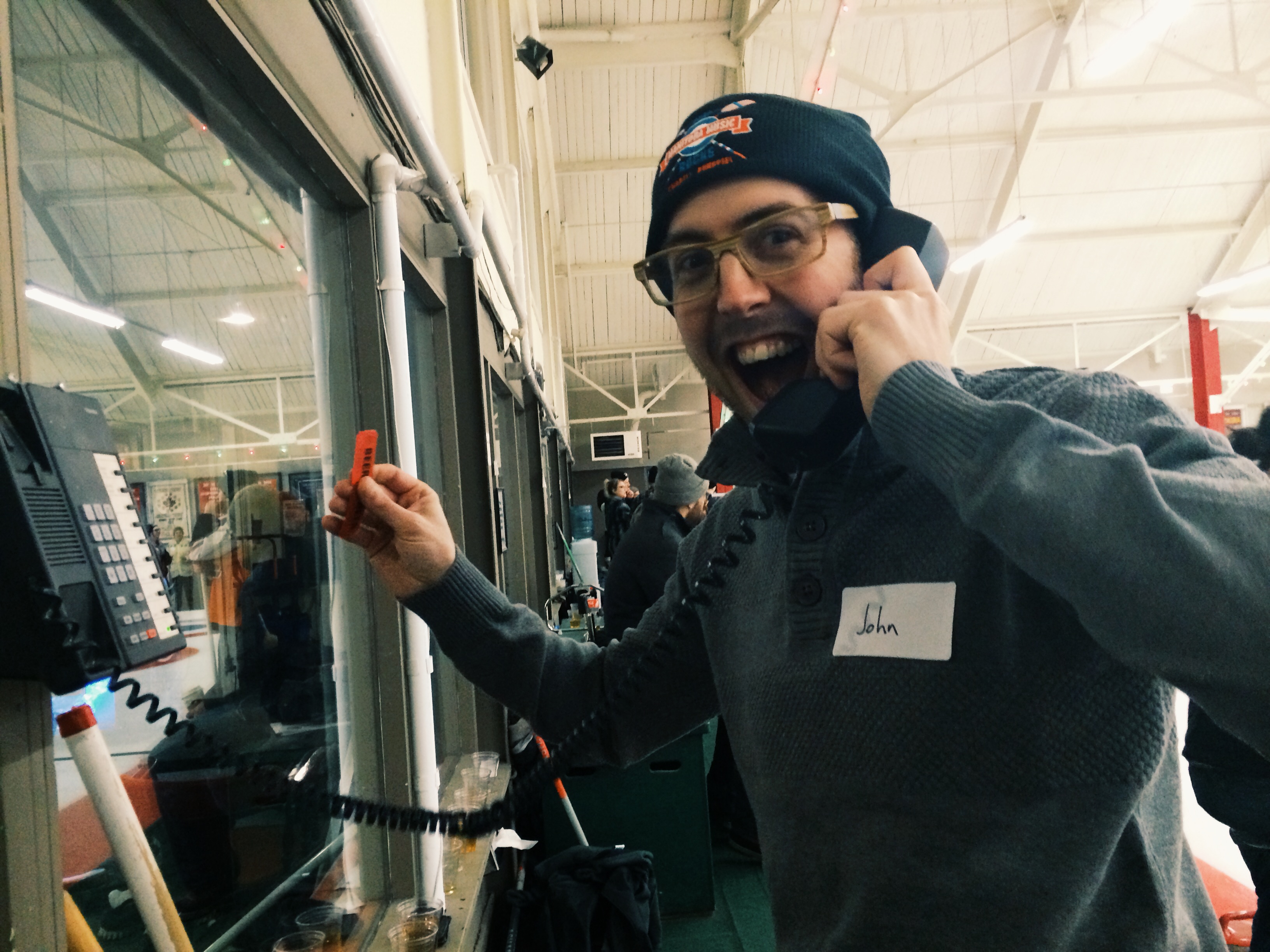 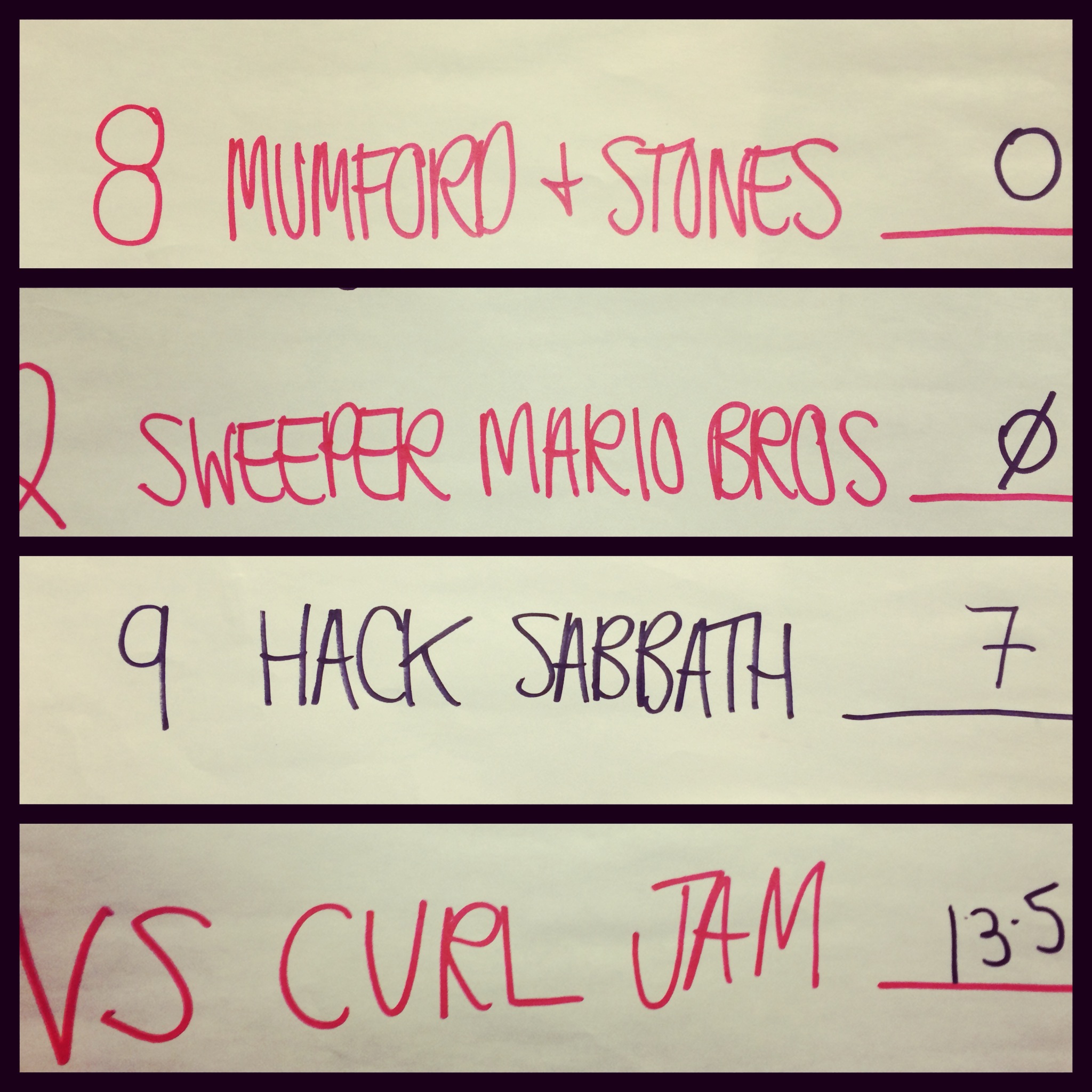 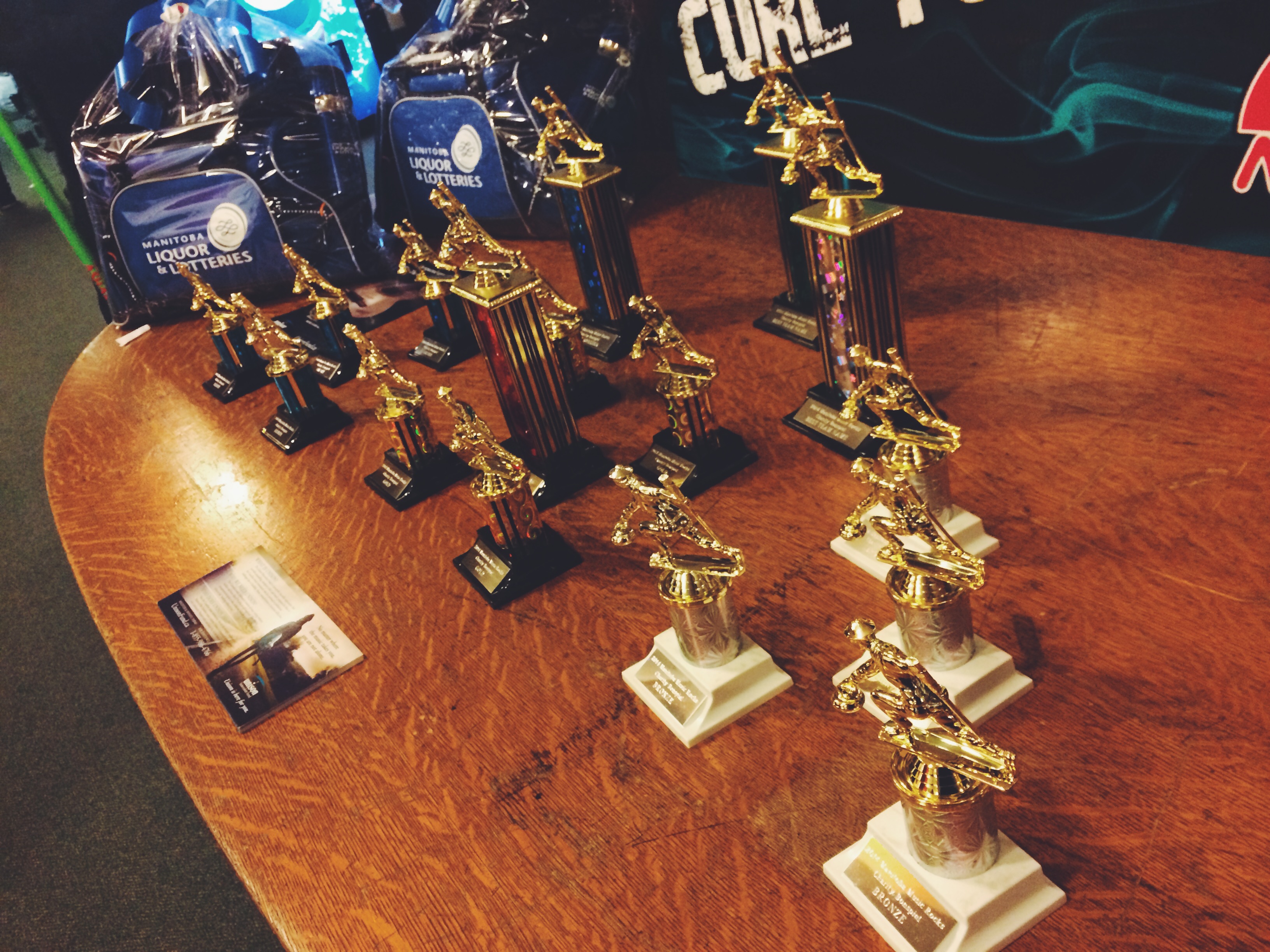 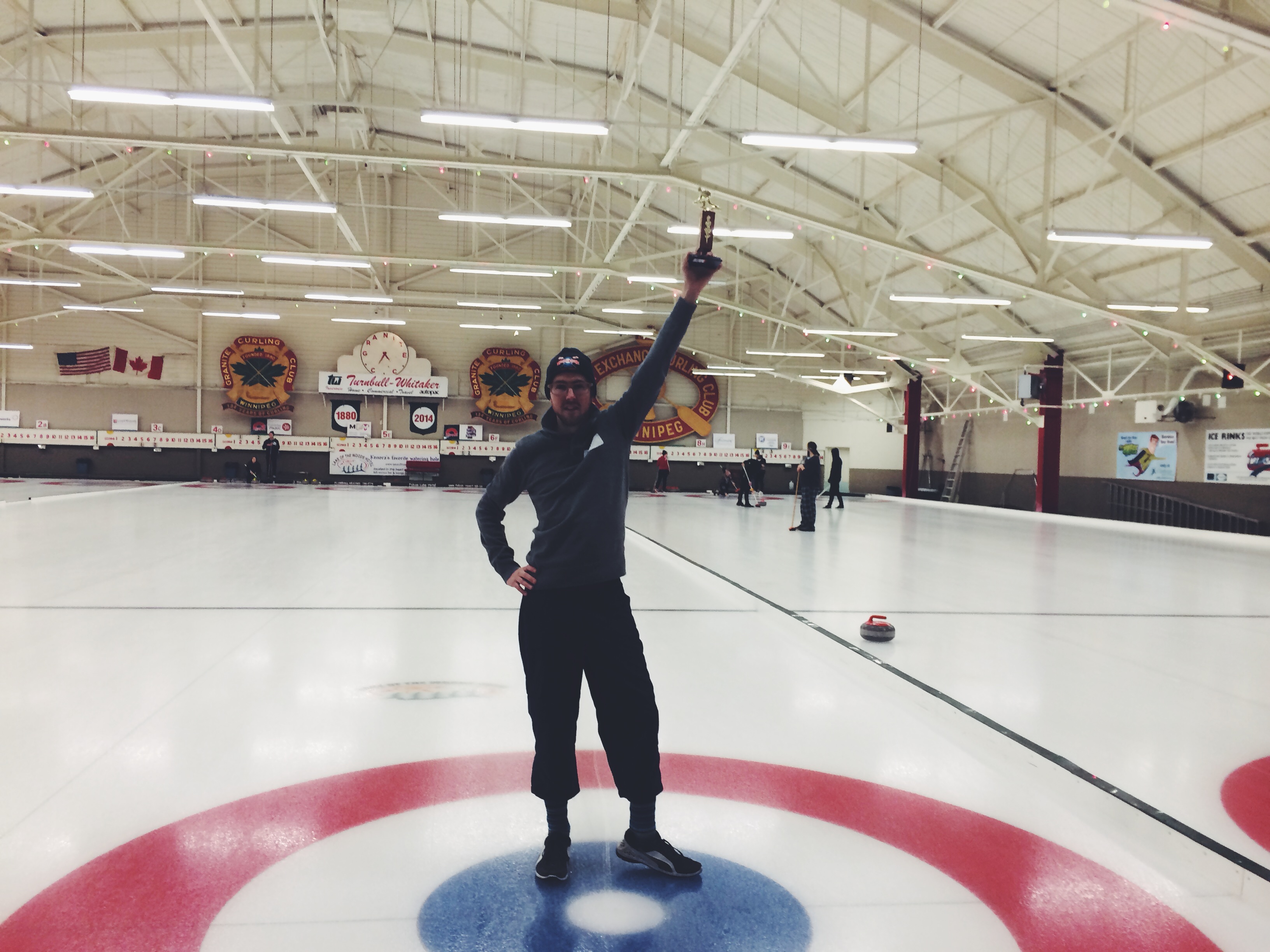 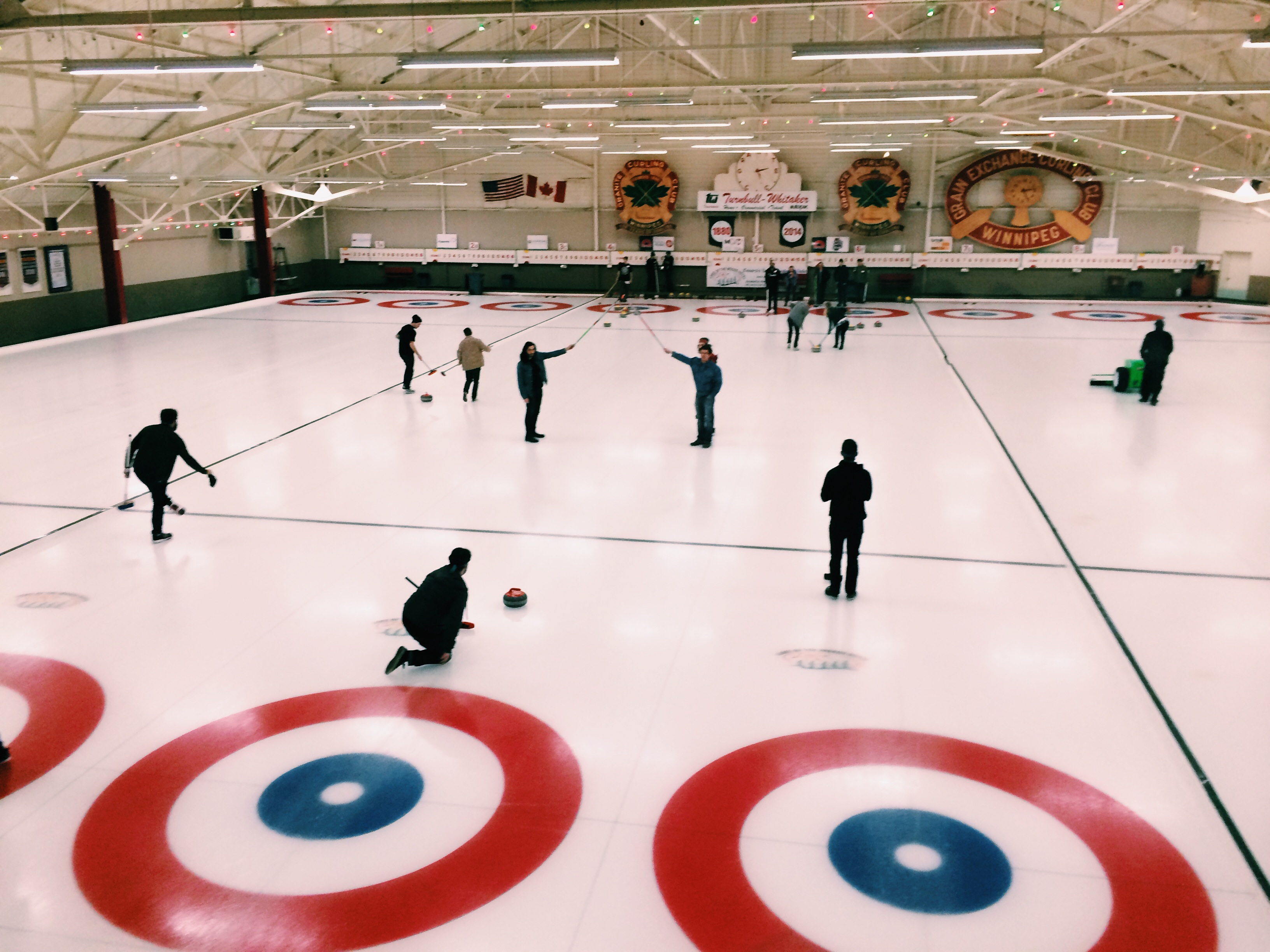 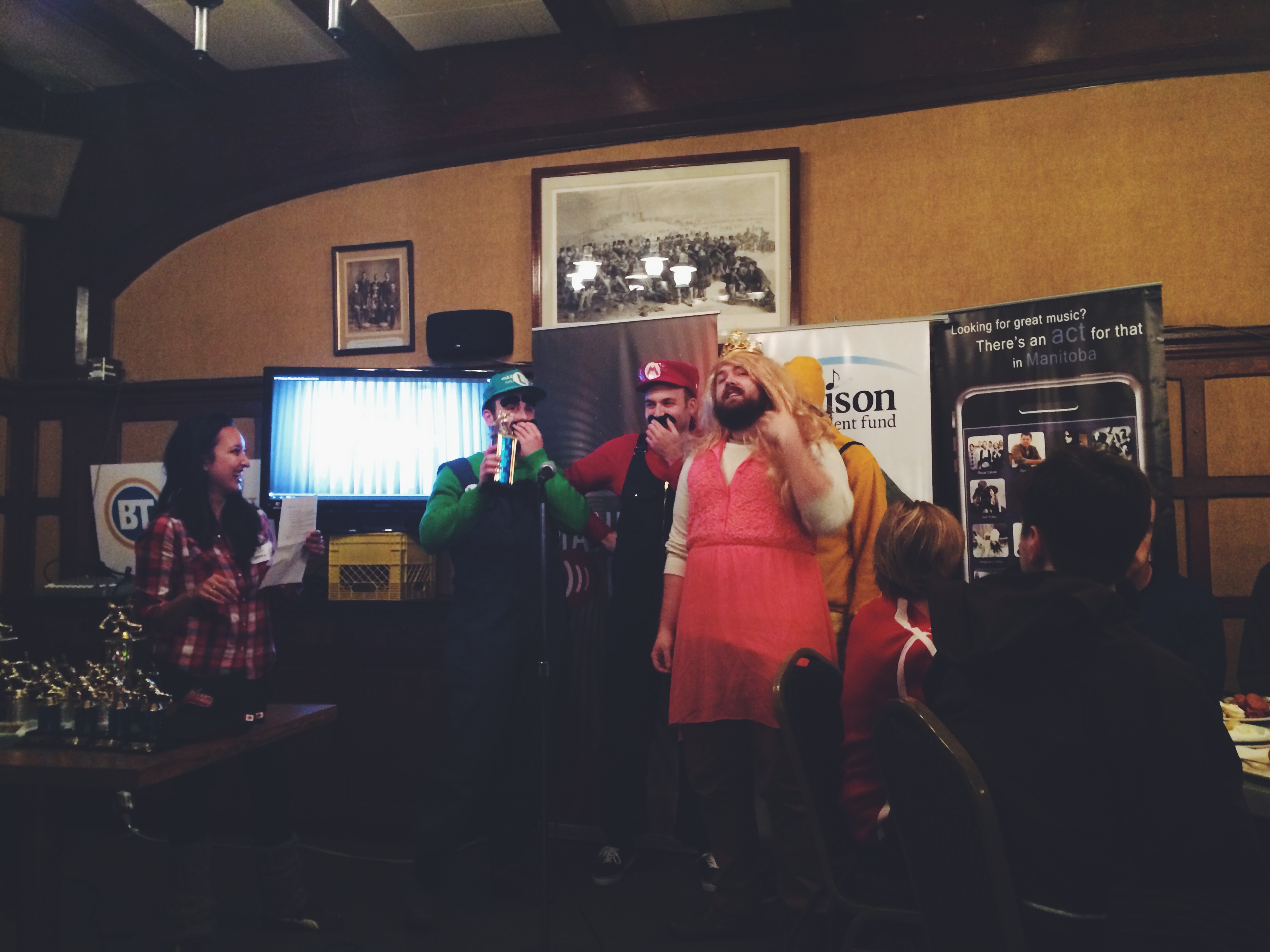 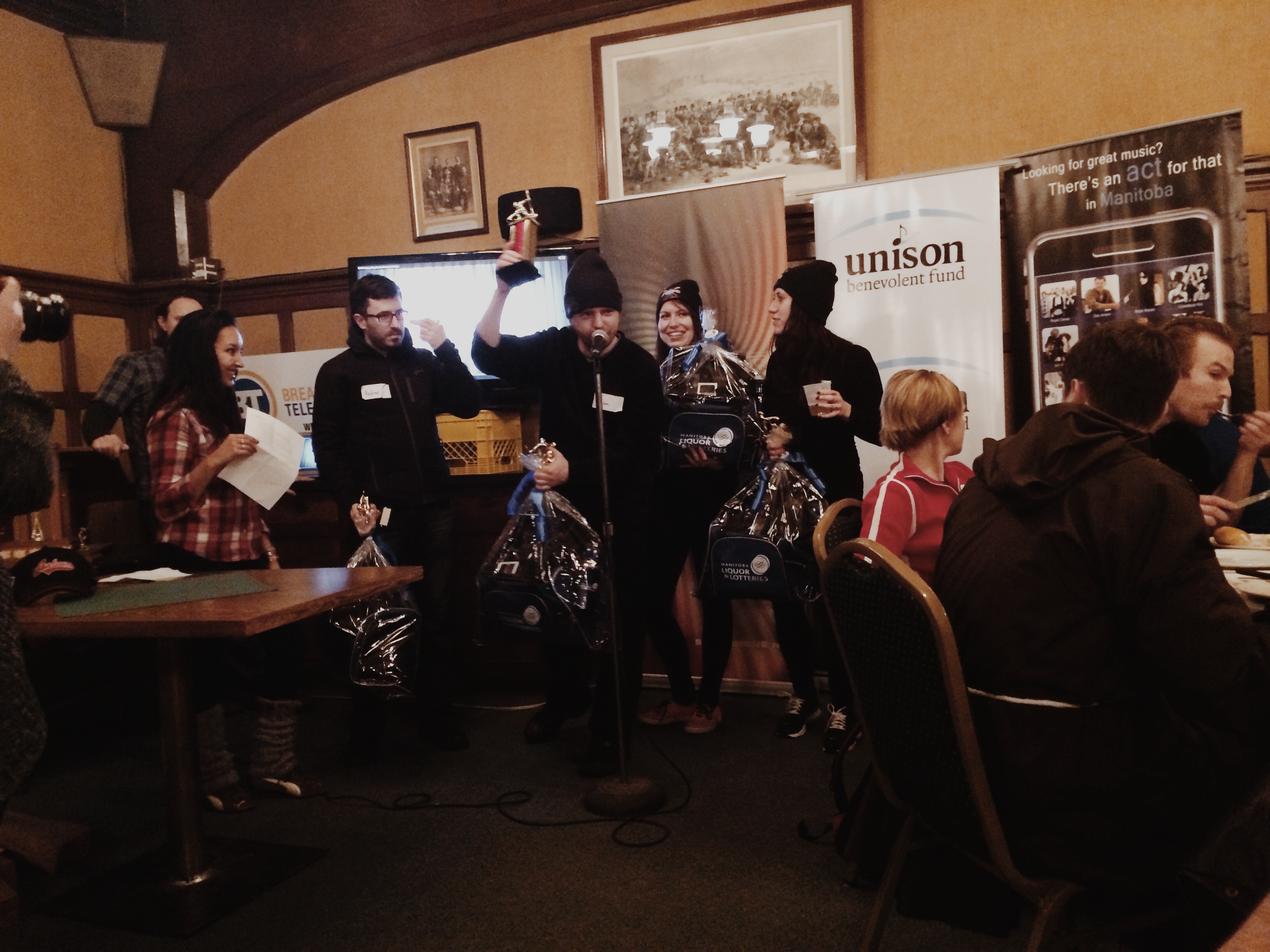 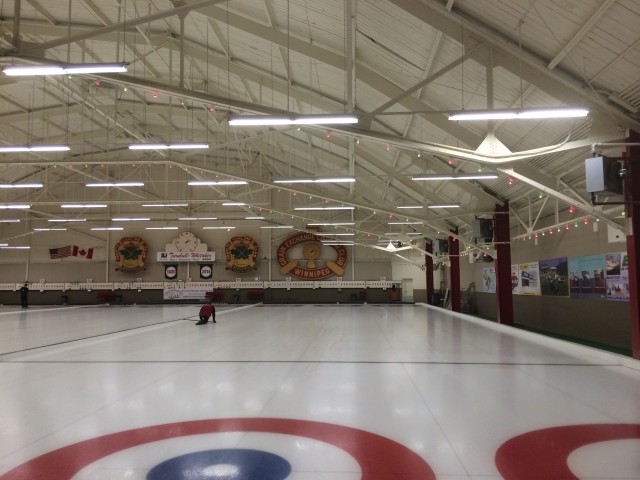 Which is curling speak for "frantically sweeping the ice in front of the 40lb granite stone sliding down the ice so it gets to where you want it to go while your friend, the skip, yells at you".

It's ridiculous and a ton of fun, as I discovered when Tyrone, John, Bree and myself went to the Granite Curling Club to practice for the Manitoba Music Rocks Charity Bonspiel next weekend.

Because we decided to sign up to curl in a bonspiel without ever having curled before.

Luckily everyone involved with the sport is kind and amazing and the manager of the club let us use the ice and equipment for free, and the three older guys who had been curling for 40+ years and were there to practice for their badass team took time out of their day to teach us how to properly play the sport and not just mess around stupidly like we had been doing previously. 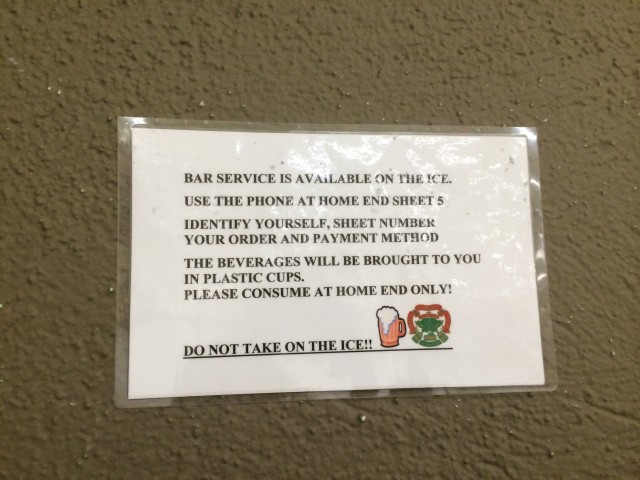 Even though curling is a Scottish sport it feels so Canadian.

Before you play you shake hands with the opposing team and say yr name, so now everyone's friends.

You don't yell or jeer at the other team to break their concentration.

Or otherwise be a sportsing asshole.

You drink before the game

and then after the game the winning team pays for drinks for both teams. 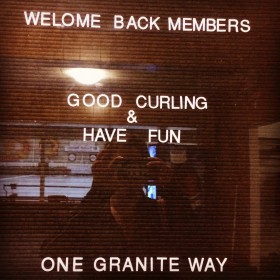 and others that I don't remember while getting outrageously drunk

Big thanks to the Granite Curling Club and the fabulous gentlemen who made my introduction to the game such a fantastic one!
Tags: Audio Bonspeil Curling Friends Life Manitoba-music
Tweet