Because nothing I could possibly write about today could compare to this.

Everyone on /r/gaming is doing this

so here's the story of my first "wow" moment in gaming.

Which isn't really true because it's my mum's
but it's the first one that I remember
so here it goes:

when I was a youth we had a SNES and because we didn't have a ton of money
we rented The Legend of Zelda: A Link to the Past
from the video store down the street
(for like, a year, but whatever) 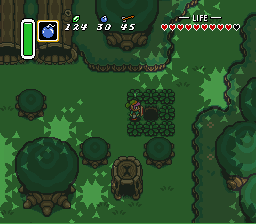 and my mum was super into it.

"Wow this is so realistic! I don't think anything could get more realistic!"

So I don't know how thrilled she was several years later when I showed her this:

not in the like 'let's do it' kinda way though

kinda how I loved jack layton

I love this dude

(maybe it's the moustaches?)

anyway the astronaut who makes my heart go pitter-pat wrote a cute little post on reddit today that made me smile:

Hi all. My son alerted me to the thread, and although I'm racing around (the world) today, I wanted to pop in to give my sincerest thanks and gratitude for all the support I've received from this eclectic online community.


The AMAs, general discussions and feedback have all been tremendous. I am genuinely humbled by the response we've had so far. To those who asked questions, provided answers where I couldn't, helped create visibility for the space program or even upvoted a photo - you are actively making a difference. Every little step forward, and every new eye opened is proactive movement towards a sustained and well-supported space program, and thus better understanding of the universe and our Earth's place in it.

(via Reddit, o'course)
"My whole family is wondering why this binder with two squids inside was left on my my porch" I think it means it's going to be a good day